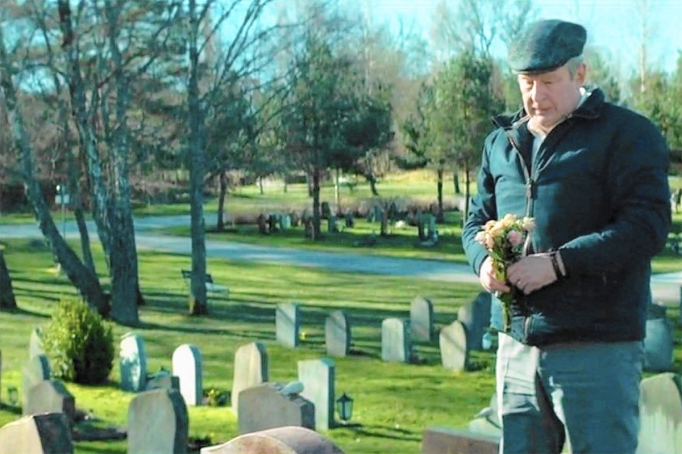 One of the ways Ove shut others out was to talk only to his deceased wife … and plan ways to be with her again by killing himself.

Well, we had our last discussion on A Man Called Ove and we decided the old curmudgeon is likable after all.

Like every other week, there was lots to discuss!First, the group decided Ove is quite a bit like many of their husbands (and we think there is a bit of him in all of us).

Second, also like Ove, we can all be rigid about certain things in our life.

Third, Ove says, “one should not go through life as if everything (is) exchangeable.”

We, like Ove, think promises, commitments and fidelity are important.

They reflect how we care about and invest in life.

Fourth – and perhaps most thought provokingly – Ove tries to commit suicide several times. He even survives a heart attack.

Why did he continually fail to die?

Whether he accepted it or not, we think Ove had too much to live for to die of suicide … and deep down, he knew it.

While Ove’s attempts were real (if unsuccessful), they illustrate the ways in which we can all commit small daily suicides.

We do so by closing ourselves off to others, by being negative and critical, by knowingly pursuing things that will make us unhappy, unsafe and unhealthy.

To fully live life is to love, share, laugh, be vulnerable, help others and ask for help, and to accept what we have been dealt in life – whether good or bad.

Author Fredrik Backman calls this book a fable. Fables have morals, so what is the moral here?

We came up with lots of ideas: don’t judge a book by its cover, change is possible, pain isn’t as painful when it is shared, love and acceptance makes us all better, and when we risk opening up, we grow.

What was the moral for you?

We truly liked the book and agreed that we would recommend it to others. How about you?

(PS: Saab is no longer being made. Volvo and BMW are generally considered good cars. What do think Ove would have done with that? 🙂 )