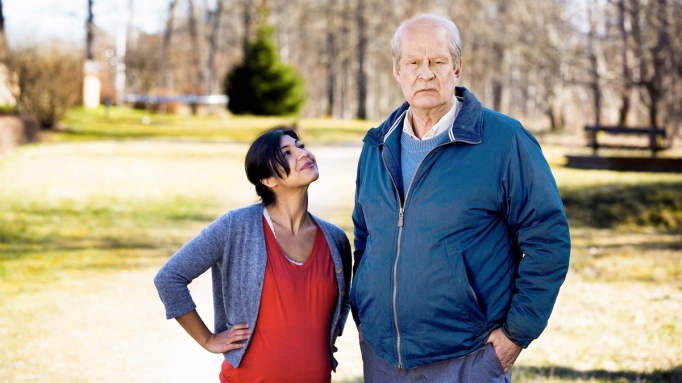 Who would have guessed that we would grow fonder of Ove … and yet we have!

Also this week we learned a bit about electricity – and people – from the author’s comment that, “broadly speaking there are two kinds of people. Those who understand how extremely useful white cables can be, and those who don’t.”

Once we learned that white cables are the neutral ones in a wire, we talked about what the author might have meant.

Did he mean that it takes all kinds of people to make the world go ’round (and that some people know it and some don’t)?

Did he mean some people look beneath the surface while others don’t?

What do you think?

We also focused on Sonja and the Cat Annoyance that some came to think of as the reincarnation of Sonja.

The scruffy and unkempt cat won’t go away or give up on Ove. Just like Sonja, it is faithful and dedicated to the old curmudgeon.

Sonja had seen innate goodness in Ove. She had faith in him and brought out the best in him.

Thanks to her, he was able to overcome many of the injustices and hurts that had caused him to be rigid and wary about life.

When the accident happened and they lost their child, Sonja healed by following her dream of becoming a teacher. Her own disability – gained in the accident – seemed to make her a wonderful and compassionate teacher.

Ove responded to the accident by building a ramp into their home and lowering the kitchen counters. He focused his attention on her, supporting her in every way.

Do you think that was the way he worked to heal himself? Or was he working out his guilt feelings for not being able to save Sonja and their child from the accident? We couldn’t decide. What do you think?

As Ove’s relationship with Parvaneh develops we felt, she too, is much like Sonja – persistent, forgiving, and encouraging.

What do you think Parvaneh means when she says Ove is “UTTERLY LOUSY at dying?”

Next week will bring us to the end of our discussion of A Man Called Ove. Until then, give some thought to the following:

Why does Nasanin always draw Ove in color while everyone else is in black and white?

What are your feelings about the end of the book?

Is there a message for you in the cars? Saab? Volvo? BMW?